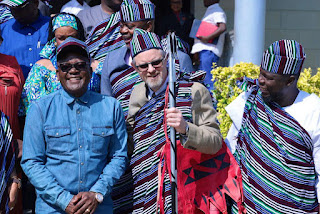 Benue State Government is to benefit from an agricultural programme on Innovative Strengthening of Smallholder Farmer and Productive Land Restoration. The programme is to be implemented by the African Union Development Agency's New Partnership for Africa's Development, AUDA-NEPAD in collaboration with the State Government and other private investors. The National Coordinator and Chief Executive Officer of AUDA-NEPAD Nigeria, Princess Gloria Akobundu disclosed this Thursday, December 1st, 2022 when she led a delegation to pay a courtesy call on Governor Samuel Ortom at the Benue Peoples House, Makurdi. According to the AUDA-NEPAD National Coordinator, the programme is targeted at land restoration for agriculture to boost food security, factoring climate change initiatives. that she was proud of the State Government for the partnership and its commitment towards ensuring the realization of this project, stating that "our investors are happy and willing to commence their proj
Post a Comment
Read more 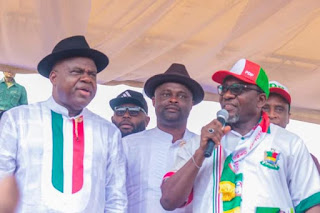 No fewer than 1,200 leaders of the All Progressives Congress (APC) and the Labour Party (LP) on Wednesday joined the Peoples Democratic Party (PDP) in Bayelsa State. The defectors were announced by the Special Adviser to the Bayelsa State Governor on Political Matters, Chief Collins Cocodia, during the inauguration of the PDP Presidential Campaign Council at the Peace Park in Yenagoa. Prominent among the defectors are former Director-General of the APC Governorship Campaign Council in 2019, Prof. Seiyefa Brisibe, Dr. Steven Ogola, Mr. Lucky Amadi, Chief Ebikiri Akpolo and Mr. Edwin Oweibi. Others are Adolphus Agwuo, Steven Adaka, Abaka Tamaraebi, Kankada Ebipabowei, Chief Ebikitin Diongoli, Adagbayan Hammoh, Kingsley Mirin and thousands of their followers. Speaking on behalf of the defectors, Prof. Brisibe and Dr. Ogola said men of good conscience cannot remain in the APC as the party lacked leadership and integrity. They said their time in the APC was like being in the wilderness for
Post a Comment
Read more 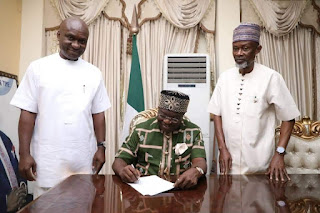 Governor Okezie Ikpeazu has granted his assent to the Bill which guarantees the right of female persons to inherit and own property in their father's family, thereby making it Law in Abia State.  It will be recalled that the Abia State House of Assembly passed the Bill some weeks ago to bring Abia State in conformity with international best practices in the area of eliminating all forms of discrimination against women. While appending his signature on the Law, Governor Ikpeazu made it clear that his administration shall at all times lean on the side of reason and common sense in the discharge of its obligations to the people of Abia State, noting that it has become anachronistic to continue to treat women as second class citizens even in their own families. The Governor thanked the State Assembly led by the Speaker for dredging up enough courage to pass this Bill which he described as historic, positively disruptive and capable of setting our society on the path of equal opportunit
Post a Comment
Read more

Ortom Mourns Unongo, Says We Have Lost a Pathfinder 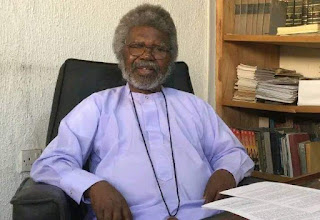 Benue  Governor, Samuel Ortom has expressed deep pains over the death of an elder statesman Dr. Paul Iorpuu Unongo saying “we have lost a pathfinder and leader of an inestimable value." Lamenting over the death of Unongo who died on Tuesday, November 29th, 2022 at the age of 87 years old, Ortom stated that the foremost nationalist was a father figure who championed the emancipation of the ordinary citizens without ethnic or religious barriers. The Governor noted the leadership role of Pa Unongo in the political evolution of Nigeria pointing out that he was a mentor to many present day leaders who had great ideas for the socio-political and economic development of the country. He said: "In Pa Unongo, our Iroko tree has fallen. He is one of the last icons of political leadership in Nigeria whose contributions to the politics of the country from post independence till date can notbr quantified. Benue State has lost a leader and mentor. His death has created a vacuum that would
Post a Comment
Read more 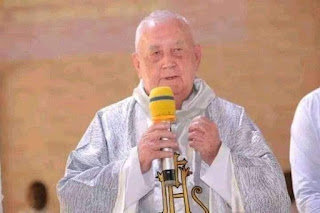 Benue State Governor, Samuel Ortom has sent a message of condolence to the Catholic Bishop of Makurdi Diocese and the entire Catholic community in the State over the demise of one its foremost priests Rev Father Michael Murphy . Rev Murphy who is the longest serving Catholic Priest in Benue State who recently celebrated his 60th year as a priest was reported dead on Monday, November 28th, 2022 in Makurdi, Benue State after a brief illness at the age of 94 years. In the condolence message addressed to the Bishop of Catholic Diocese of Makurdi, Most Reverend Wilfred Anagbe, Governor Ortom noted the exploits of the deceased priest in evangelicalism and how he turned things around for good. He described the late Rev Murphy as an exceptional servant of God who preached salvation and impacted positively every where he served. Ortom recalled the support and contributions of the late Priest to the people and government of the state through his charity works to internally displaced persons (IDP
Post a Comment
Read more 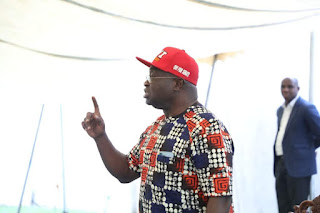 The state Governor Dr Okezie Ikpeazu has assured members of Aba Merchants and Artisans Association ( AMAA) of his intervention to end any lingering issue they have with the  State Board of Internal Revenue as this will enable the growth of business in Aba.  Governor Ikpeazu who made the remark while addressing Executive Members of the 90 affiliated  registered groups of the Association during their courtesy visit at the Governor's Lodge Aba, extolled them for complying with the agreement reached on the issue and promised that his administration will not relent in policies and projects that will provide conducive business environment for them. He recalled the difficulties people encountered when accessing the Markets in Aba before 2015, that led his unreserved commitment in roads construction, explaining that trading remains the power of entrepreneurship of the Igbo man which must be managed carefully.  The Governor noted that he has laid a solid foundation for the growth of the sta
Post a Comment
Read more 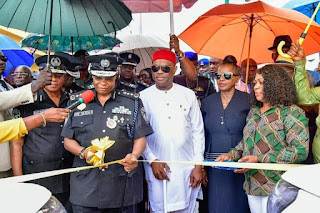 . ..Pledges 10 armoured vehicles to support the centre Rivers State governor, Gov Nyesom Ezenwo Wike - CON  has handed over to the Nigeria Police the Intelligence and Surveillance Centre that was built by his administration with the sole aim of boosting efforts of the security agencies in crime fighting in the State. Governor Wike made the hand over on Monday at the inauguration of the Intelligence and Surveillance Centre in Ogbum-Nu-Abali community, Port Harcourt. The inauguration was performed by the Inspector General of Police, Usman Alkali Baba The governor said the Centre is fitted with the latest technology and it will help in improving crime fighting capability of police officers and make the State safer. He noted the need to creating more conducive climate for people in the State to go about their various endeavours and encourage the business community to operate their investment with greater sense of security. “Let me say clearly, this is our own contribution to making sure we
Post a Comment
Read more
More posts